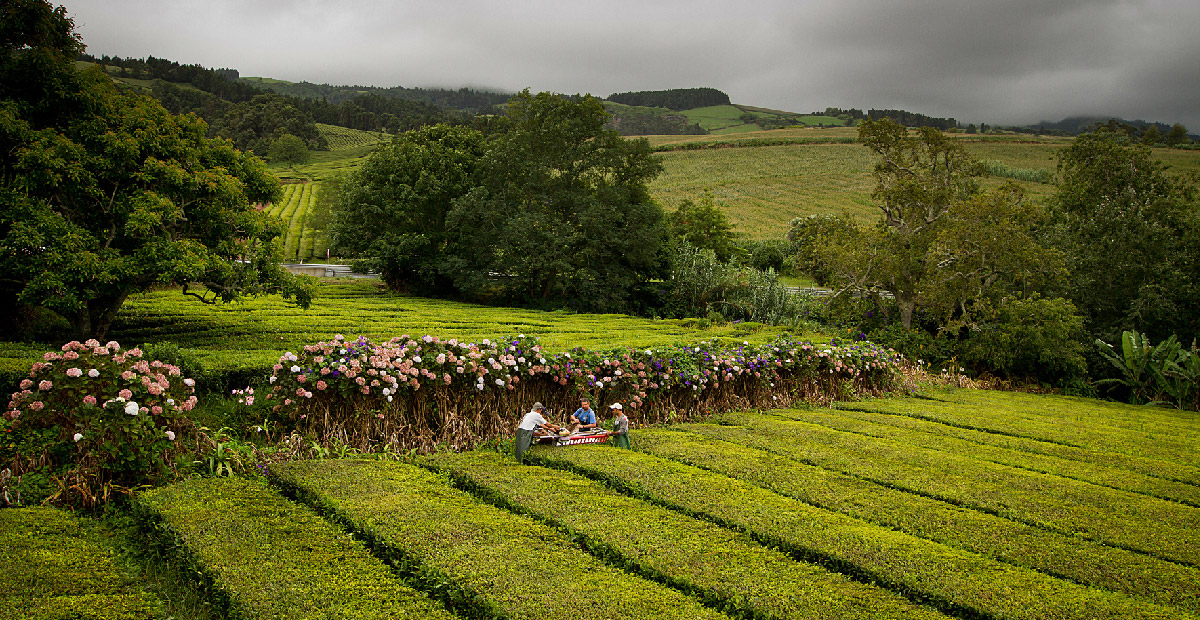 There is evidence that the tea plant has been in the Azores since the second half of the 18th century. However, its production only started in the 19th century, when it was necessary to look for other crops that could replace the production of orange, which was in decline. On the initiative of the Sociedade Promotora da Agricultura Micaelense (SPAM) and its founding partner José do Canto, crops such as tobacco, pineapple, sweet potato for alcohol, beet for sugar and tea began to be produced.

The first tea seeds arrived from Brazil in early 19th century. In 1848, tea was already planted on the properties of several families in São Miguel.

Despite the interest by the producers for this new culture, there was a lack of knowledge for an efficient production of the plant. For this purpose, SPAM hired a Chinese tea master, Lau-a-Pan, and his assistant and interpreter, Lau-a-Teng, who transmitted their knowledge.

At the end of the 19th century, tea was already predicted to be an important source of wealth for the island, resulting in the founding of many factories. However, due to events in the 20th century, such as alterations in labour laws after the end of the dictatorship, and the migration flux to other countries, only the Gorreana tea factory could manage to maintain a continuous production since 1883.

In 1883, Ermelinda Pacheco Gago da Câmara, owner of the Gorreana estate, produced her first kilo of tea. The deep clayey and acidic soil of its land, the high precipitation, as well as the humid climate, allowed the ideal conditions to produce a high-quality tea.

Later, Jaime Hintze, married to the heiress D. Angelina Gago da Câmara, played an important role in Gorreana's history by introducing the mechanization of production. Just as in José do Canto’s factory, the machines were supplied by Marshall, Sons & Company. This new machinery was able to mechanize the process of rolling, drying, and calibrating of the tea plant.

It is thanks to Jaime Hintze that the factory was able to survive, facing the closure of all the others. Taking advantage of the watercourse that crossed the lands of Gorreana, a mini hydro was set up, making it possible to reduce production costs.

Today, the Gorreana Tea Factory produces about 40 tons of tea a year, from 37 hectares of plantations. Its tea is distinguished by its delicate aroma. Added to this quality is the fact that it is not treated with chemical products, as there are no diseases or pests in the region which affects plantations, arousing growing interest on the part of importing countries, which are mainly Germany, France, USA and Canada.