Located on the island of São Miguel, in the archipelago of the Azores, and internationally recognized as a producer of first class tea, Gorreana is the oldest, and currently unique, tea plantation in Europe in continuous activity since 1883.

In the factory and in the plantations the whole process is essentially handmade and even the machines that are still used are also centuries old, dating from 1840.

Planted hundreds of kilometers away from industrial pollution in the vast mountains of the lush Gorreana estate, without using any herbicides, pesticides, fungicides, dyes or preservatives, Gorreana tea is truly 100% organic, since the pests that normally exist in tea plantations do not survive in the island's climate, therefore Gorreana don't need to use any chemicals whatsoever in its plantations.

The result is a secular legacy of cultivation of internationally recognized top quality teas, mostly appreciated in Europe since the time when the art of tea cultivation was introduced in the island by two Chinese specialists in September 1874.

Gorreana tea plantations cover an area of 32 hectares and belong to the same family since its foundation in 1883. It is thus a family business managed with a lot of love and respect for tradition and the legacy left by previous generations that started and boosted the business, making it a real milestone in the Azorean industrial context.

Despite the respect for tradition and the concern to maintain the pillars that have always supported and guided Gorreana, the brand believes that it is possible to innovate without compromising its identity.

This innovation has not been felt at the technological level but, above all, with the market  launch of new products based on a health and well being premise, because for Gorreana contributing to these purposes is not seen as business but a life mission, a real reason to exist.

Health and well-being in the form of tea 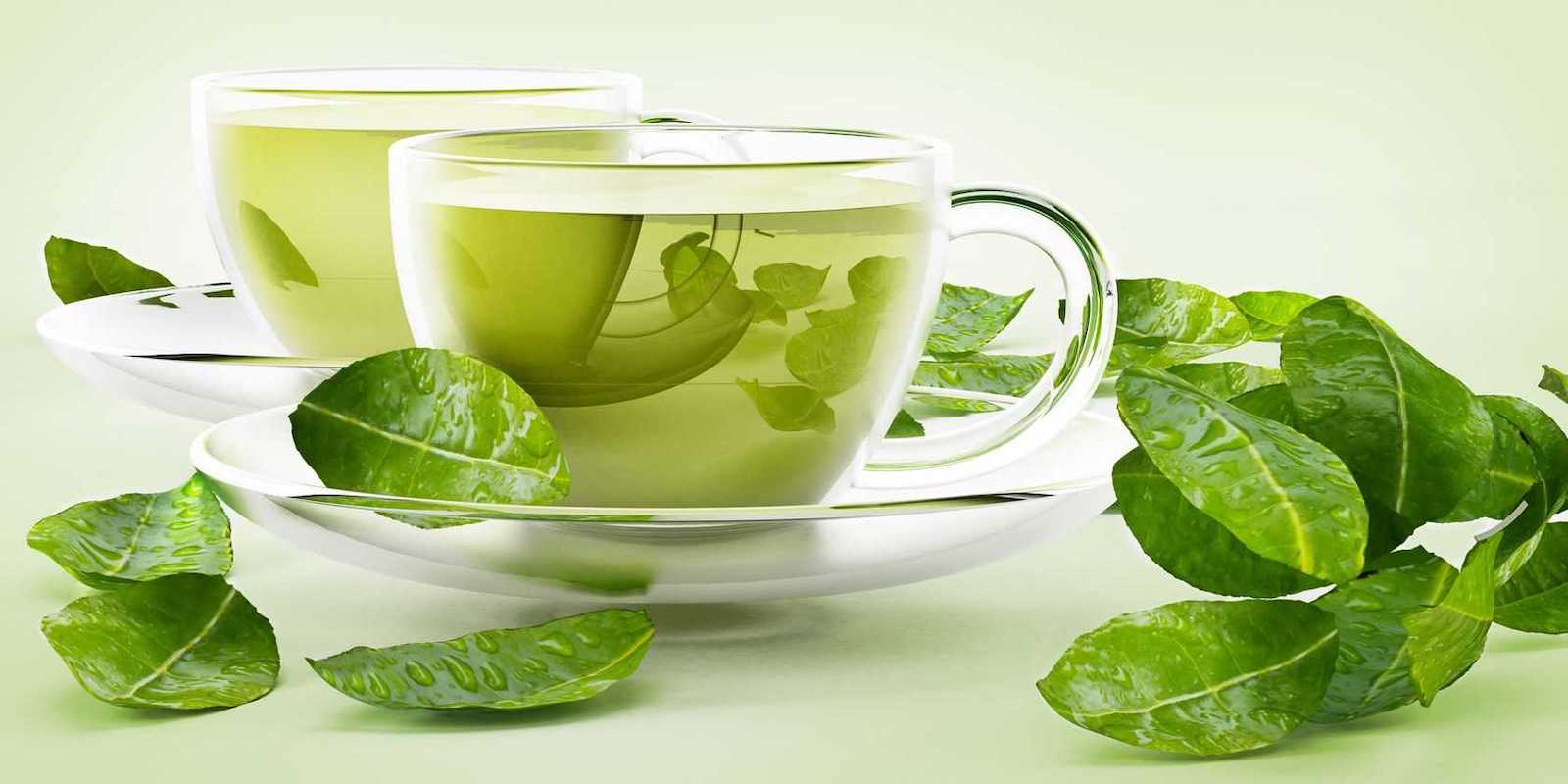 In recent years, Gorreana has been concerned about launching products that bring unequivocal added value to human health.

In a world full of artificial and processed products, the commitment assumed is to counter this precarious trend and offer natural solutions, absolutely free of chemicals, that promote people's health and well-being.

In this article we present all these wonderful products that for Gorreana constitute its most recent value proposition and a true celebration of joy and well being.

Green Tea & Pineapple from the Azores 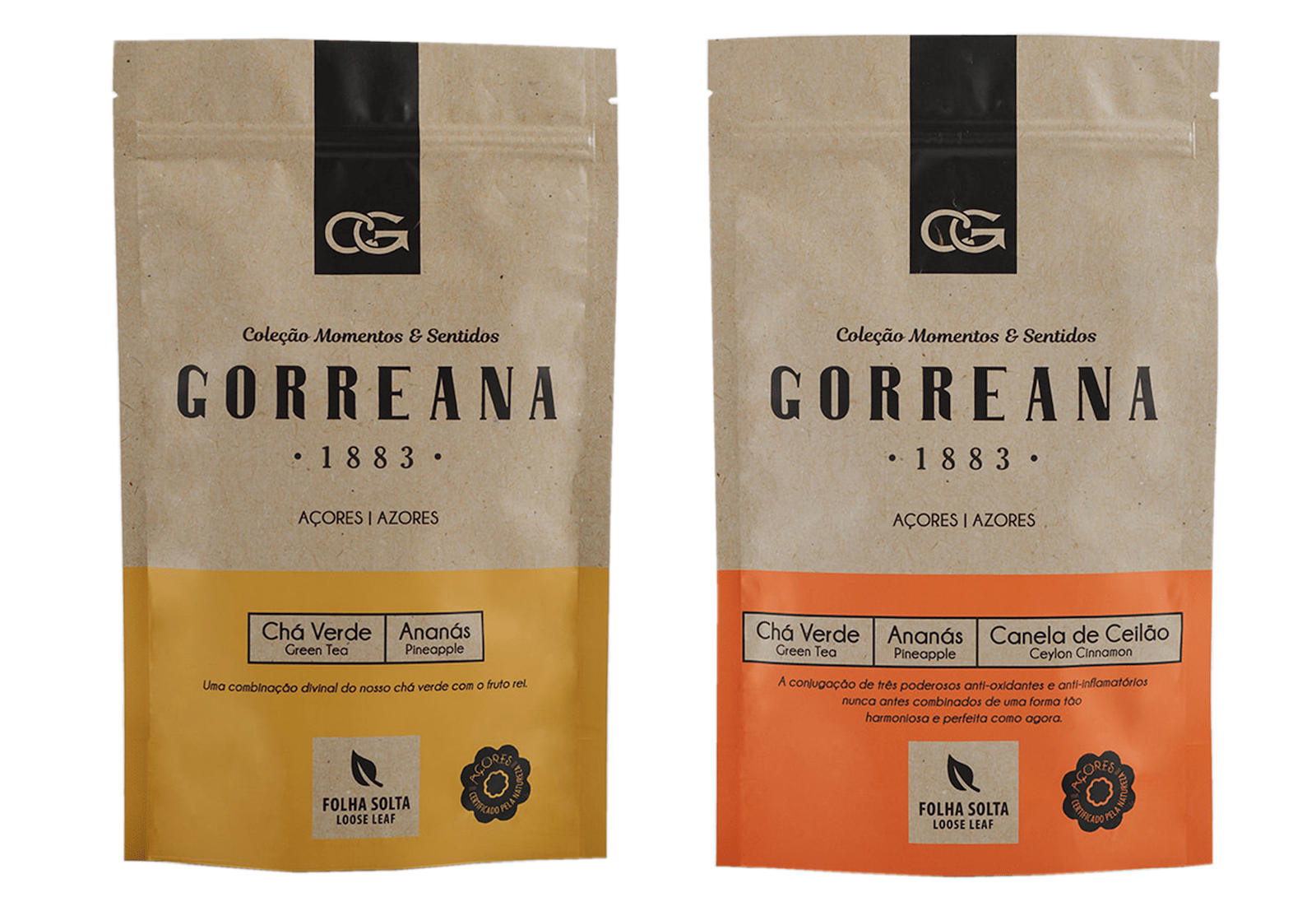 This particular product results from the combination of the famous Gorreana Hysson green tea with Pineapple from the island of São Miguel. The result is an unusual blend that combines the benefits of both products with an exotic taste to drink and cry for more.

When what is sought is an antioxidant and diuretic effect, few natural products surpass the qualities of green tea with pineapple. Not a mere pineapple aroma as unfortunately is common nowadays, but the real pineapple from the Azores dehydrated and mixed with Gorreana green tea and lightly sweetened with stevia (a natural sweetener totally free from harm. Quite the contrary).

It is ,thus, a tea with several nutritional and medicinal properties, namely, it slows down cellular aging, fights bad cholesterol, prevents heart disease as well as various types of cancer and has proven antioxidant, anti-inflammatory, digestive, decongestant and purifying properties.

This exotic tea can be consumed hot or cold and is equally delicious both ways.

For those looking for an even more exotic combination then the Hysson Green Tea with Pineapple from the Azores and Ceylon Cinnamon is clearly the right choice as it combines the multiple benefits of these three super foods with an even more exotic and prominent flavor. 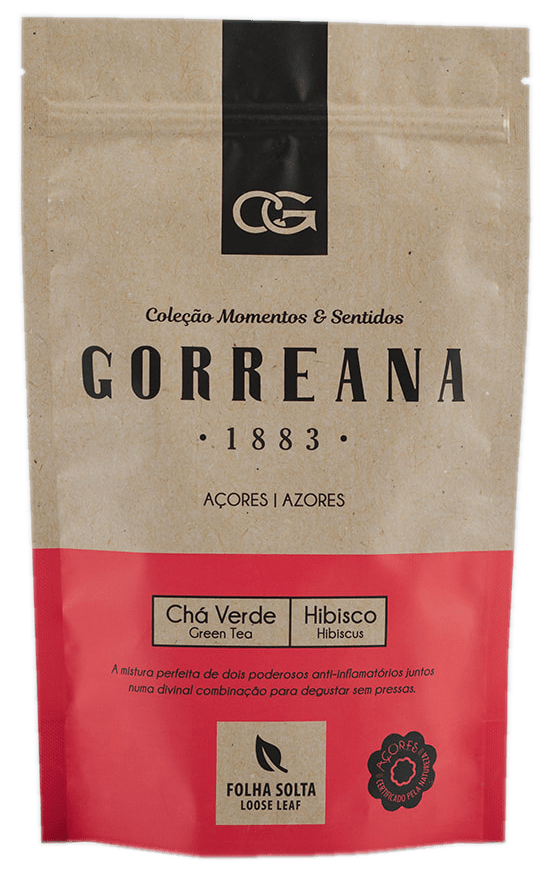 Due to its proven medicinal properties, hibiscus tea has been an integral part of many people's eating habits for centuries.
Recent scientific studies prove that hibiscus is a great ally in preventing and fighting various types of diseases.

In fact, although it is usually sought after by those looking to lose weight, hibiscus tea has great antioxidant and anti-inflammatory properties.
In addition, it contributes to lower blood pressure, controls cholesterol, improves liver health and prevents fluid retention.
Due to all that, hibiscus is one of the most suitable drinks for those looking for well-being and quality of life.

The combination of hibiscus with Gorreana´s Hysson green tea not only expands its spectrum of benefits, but also makes the drink much more tasty whether it is consumed hot or cold. 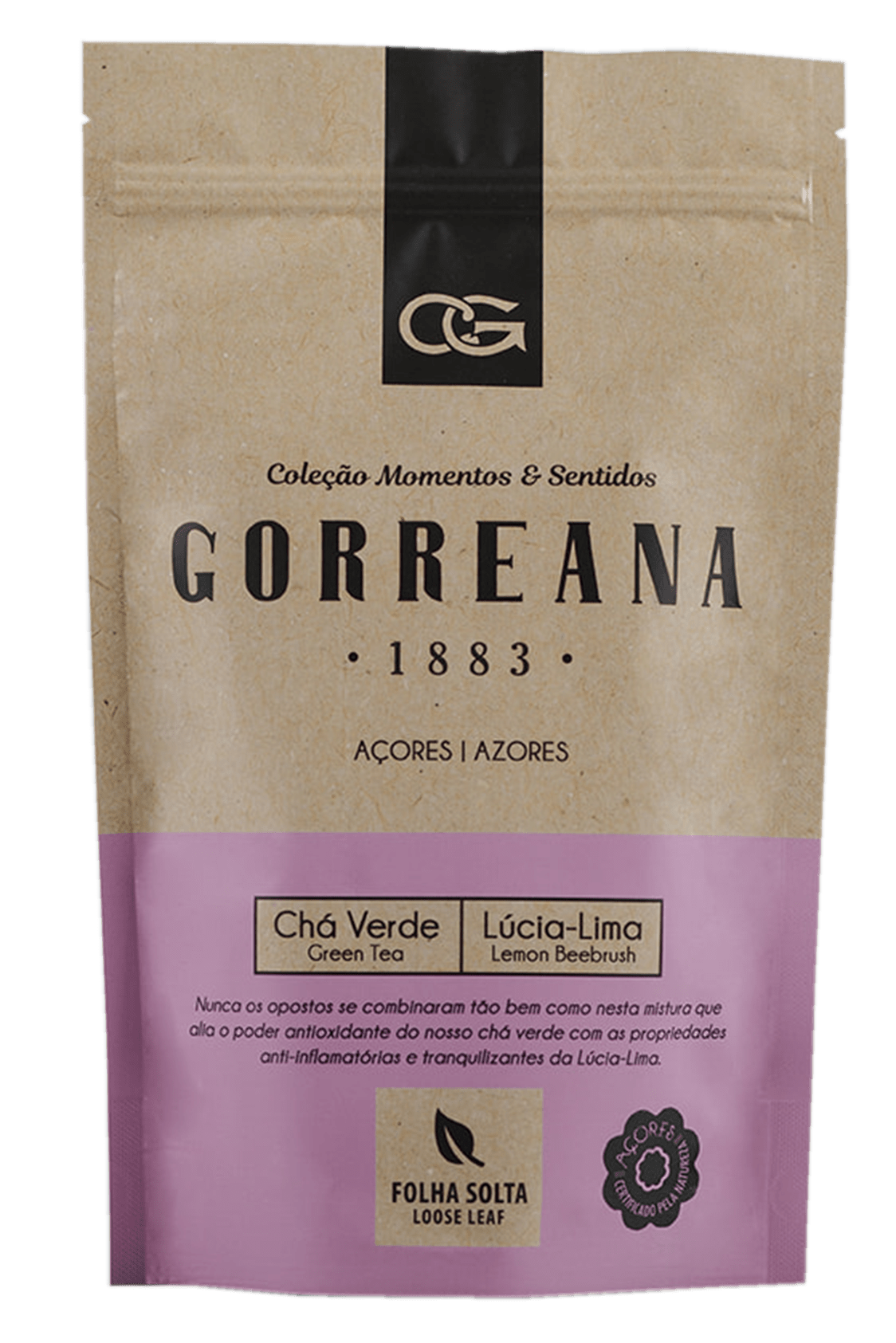 Lúcia-Lima is a truly miraculous plant. Very rich in essential oils, Lúcia-Lima contributes to the relaxation of the nervous system, in addition to being also known for combating migraines, agitation, insomnia and lowering blood pressure. These are, however, far from its only therapeutic benefits.

The combination of Gorreana's green tea with Lúcia-Lima translates into a very happy and exotic blend not only in terms of flavor but also in terms of the unquestionable benefits that both plants bring to human health.
The mixture of these two ancient plants resulted in a drink that could well be considered a true elixir of youth and well-being. 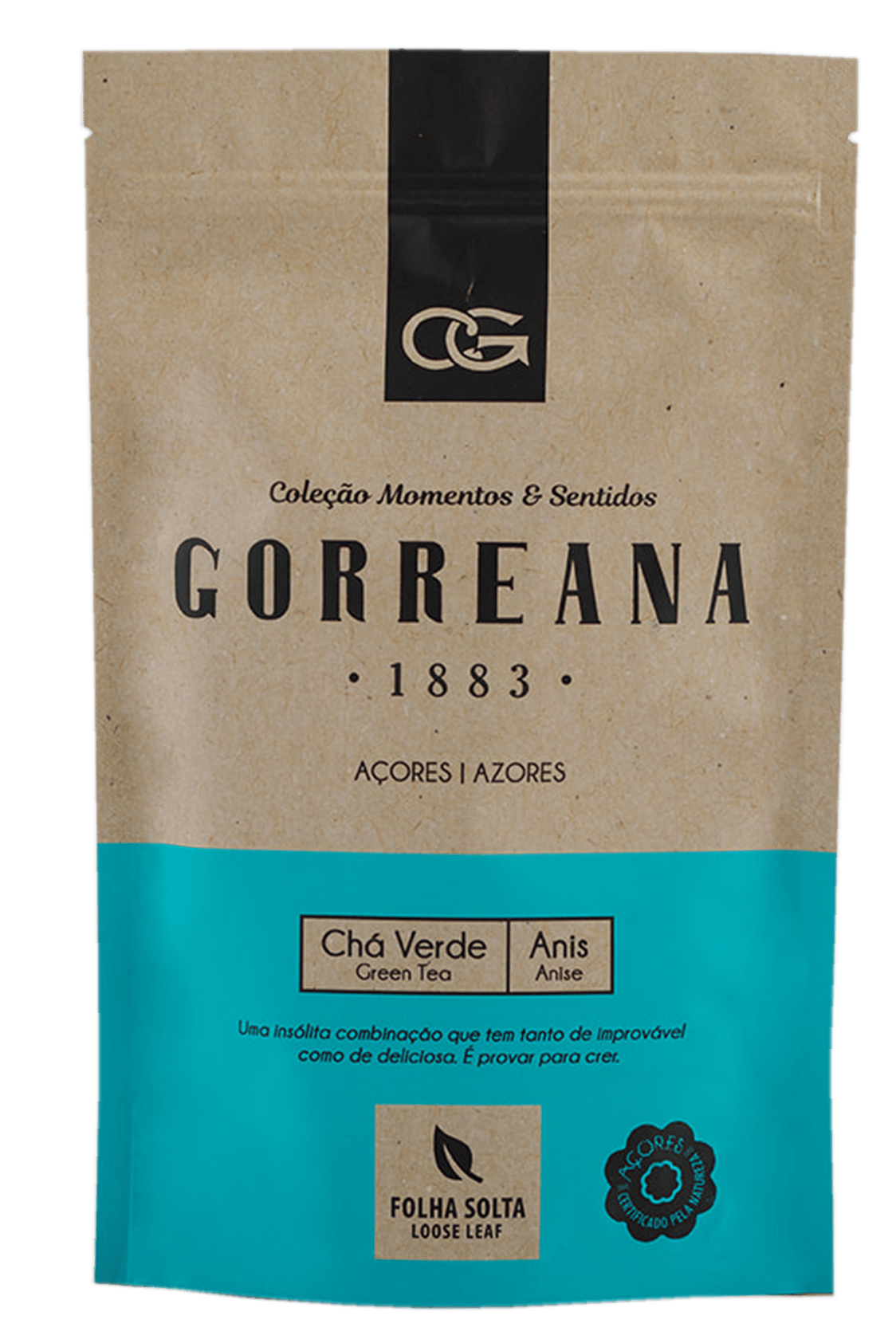 For the true connoisseurs of fresh and aromatic drinks, green tea with anise is guaranteed to exceed expectations.

This happy combination has won the preference of thousands of consumers who quickly surrendered to its exoticism and peculiarity, making this product one of the most sought after in Gorreana´s Momentos & Sentidos tea Collection.

But the strength of this unusual combination is not only because of how seductive it is for the most sophisticated and demanding palate. In fact, these two plants combined, offer a real potion of health benefits, including delayed cell aging and its antioxidant, diuretic, carminative, antibacterial and antifungal properties. 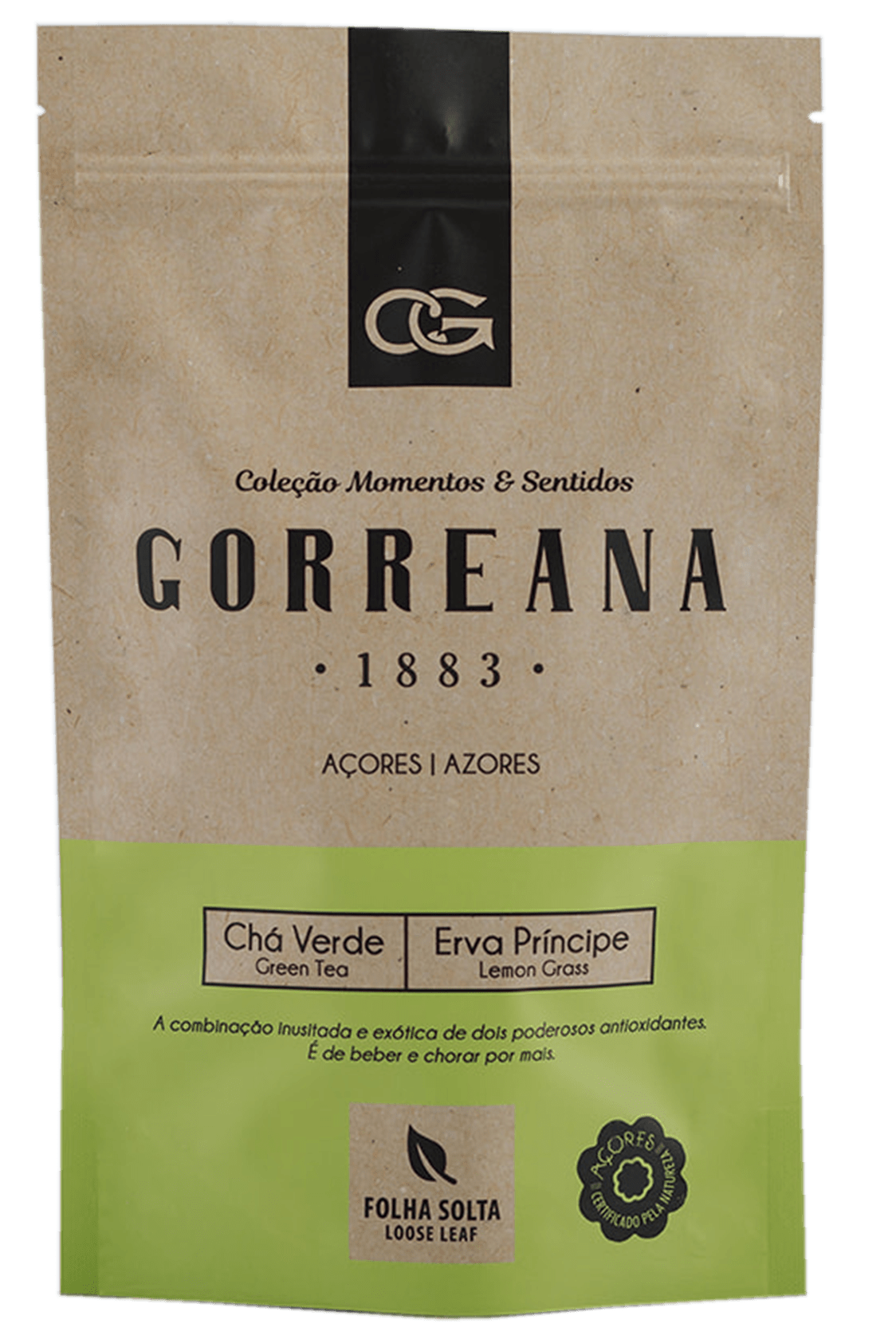 Are you fond of fresh and aromatic teas? If so, then this joyful combination of Gorreana's Hysson green tea with Lemon Grass is truly a must.
If any tea is as good whether served hot or iced, it is undoubtedly this one, which is why it has won the preference of many consumers who elected it as the "pick of the litter" of this new collection.
You can also be creative and try adding other natural ingredients to your taste, namely lemon, orange zest, peppermint or even a hint of honey and cinnamon. With this tea, when it comes to creativity and possible combinations, the sky is really the limit, so don't be shy about being an experimentalist and look for your favorite combinations. 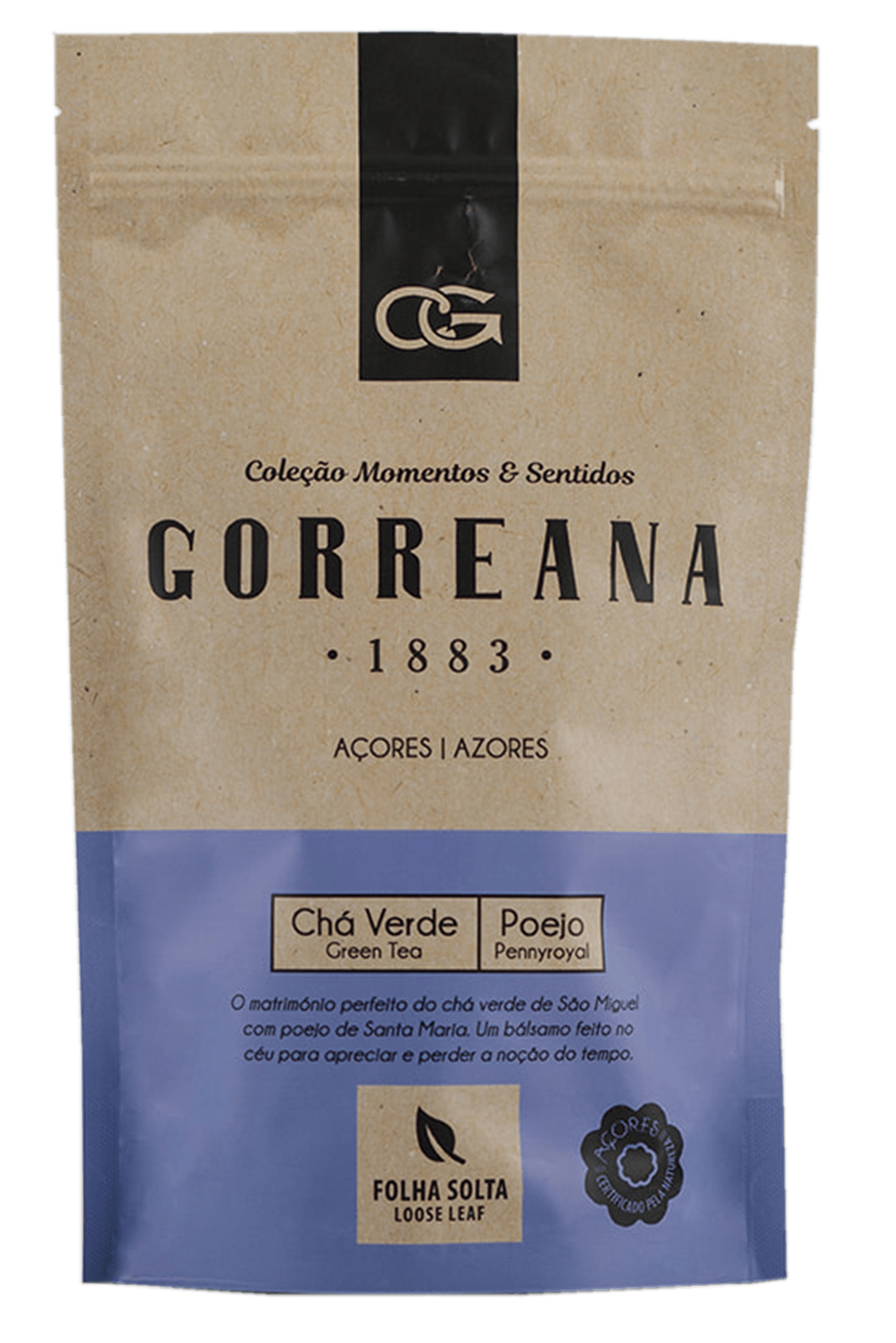 This miraculous plant has an intense aroma and its combination with Gorreana´s green tea results in a very fresh and regenerating drink that has earned from its consumers the most emphatic compliments that has materialized in the increasing demand for this unusual product not only for its peculiar taste but also for its multiple health and well-being benefits.

On the island of São Miguel, in the archipelago of the Azores, in reality, the most knowledgeable people have been mixing these two plants for a long time. However, the product had never before been marketed. In 2020 Gorreana decided to launch this product which immediately gained public acceptance. 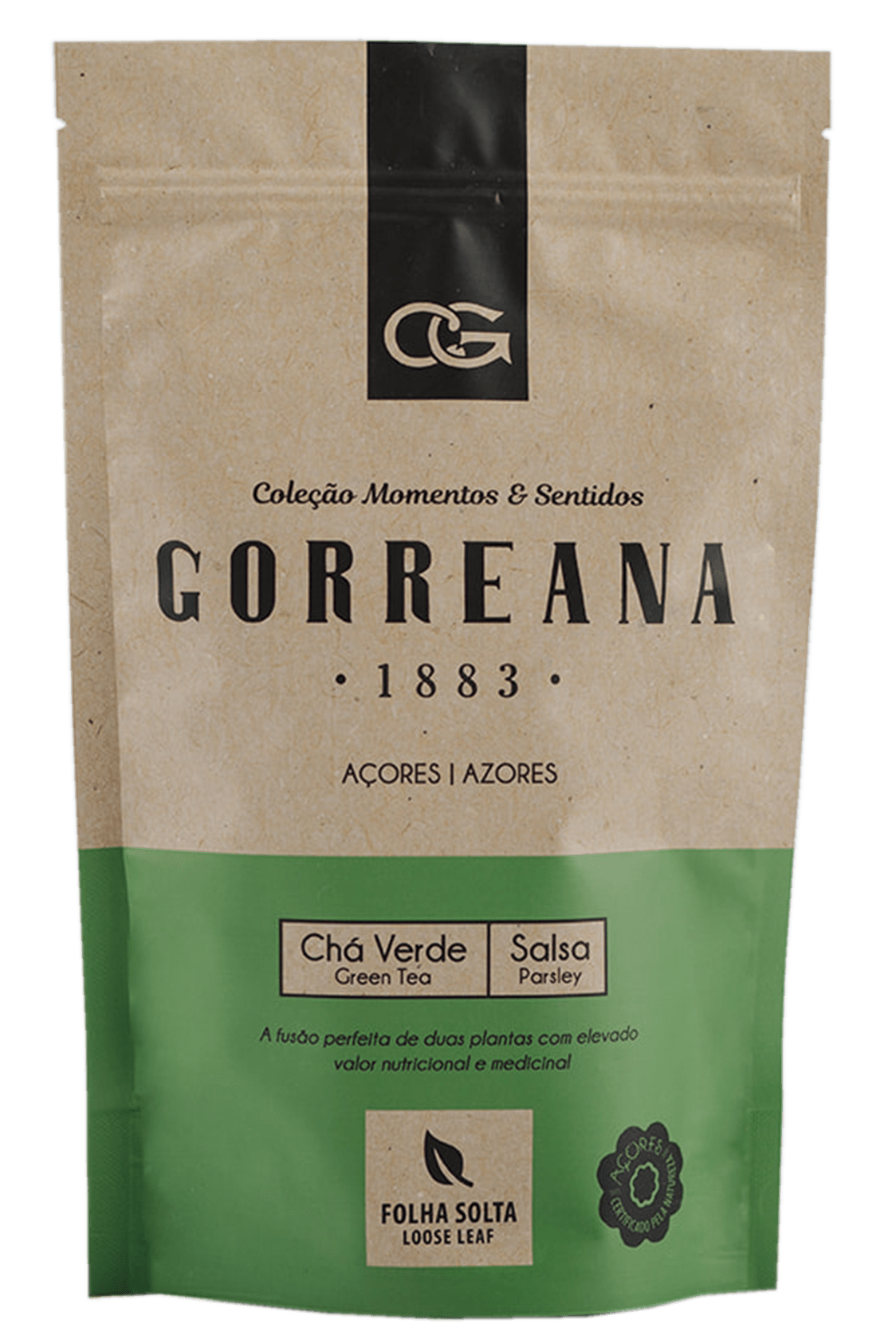 For many years, true connoisseurs have been consuming parsley "tea" because of it´s several medicinal properties that greatly benefit health.
Famous for its diuretic effects and for promoting proper kidney function, studies have proven that parsley also helps to lose weight and when associated with lemon or green tea, it will have its functions enhanced, increasing iron absorption capacity as well as its regenerative and antioxidant effect, thus preventing premature aging caused by cell oxidation and the subsequent emergence of diseases.

All of this motivated Gorreana to combine this miraculous plant with its Hysson green tea, resulting in a product with self evident  health benefits. For those looking for a true magic potion to combat cellular aging then Gorreana green tea with parsley is clearly a "must have". 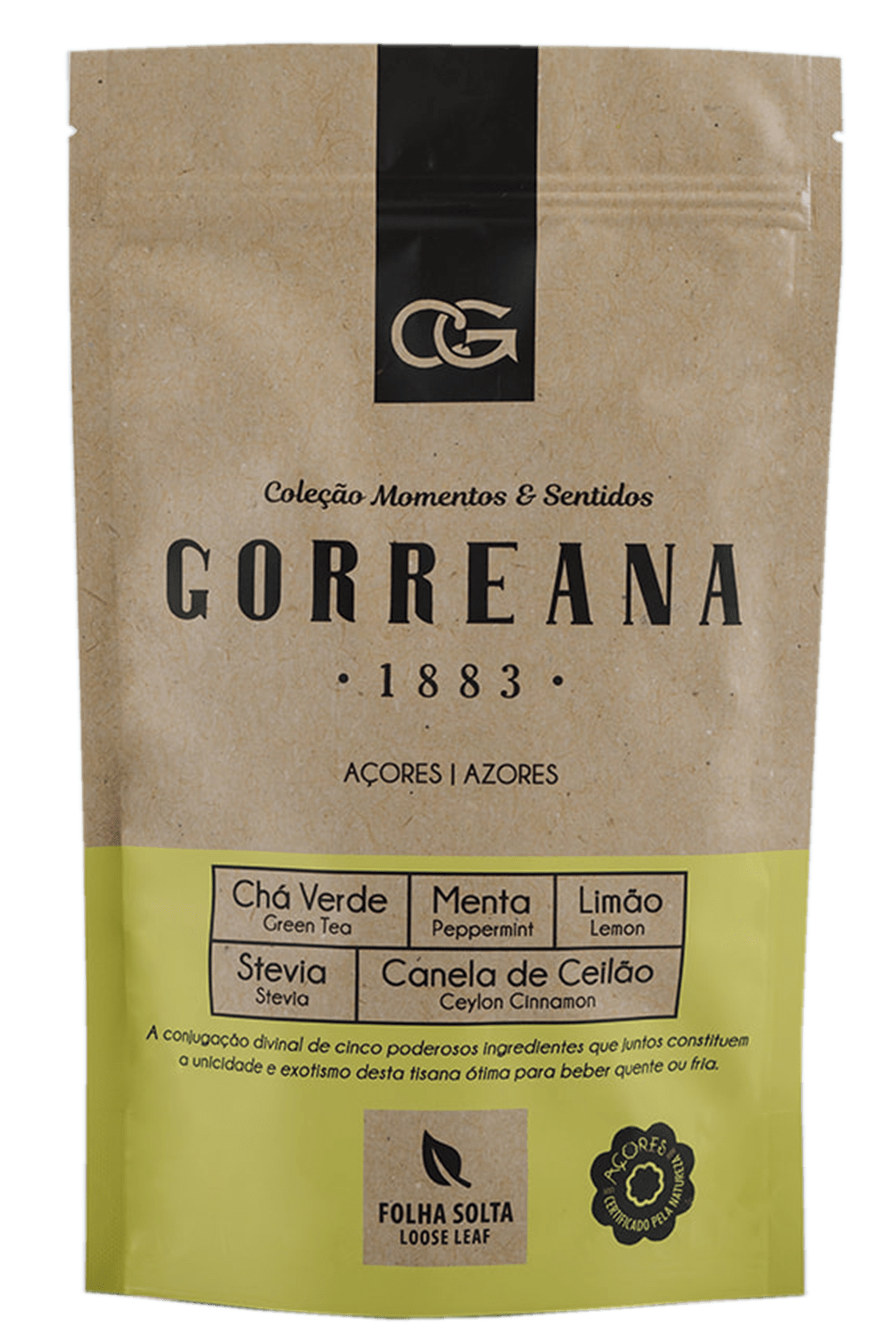 Perhaps the most exotic and unusual product of the Momentos & Sentidos Collection, this tea is a bold bet by Gorreana that served the purpose of mixing in a single product exotic ingredients with unquestionable and proven health benefits.

Never before has such a mixture been attempted and the result exceeded both the expectations of Gorreana and consumers who, attracted by the exoticism and "extravagance" of the product, elected it as one of the most important and sought after products in the new collection.

Given its ingredients, it would be easy to presume that this tea would in fact be more suitable for the summer in the form of iced tea. However, what is truly curious is that, served hot, the tea is also a delight, acquiring aromas and "notes" somewhat different from when it is consumed cold.

Health or sickness: The choice is ours 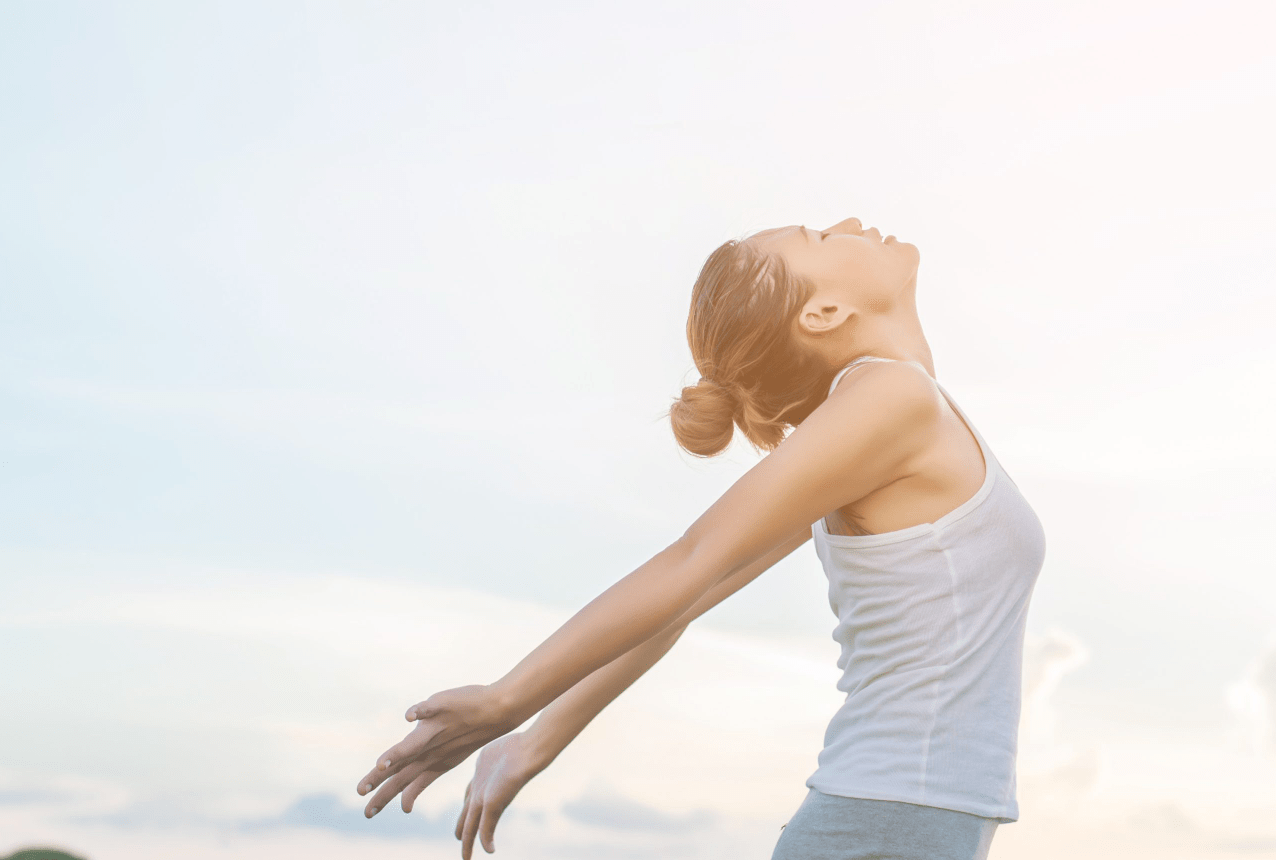 In this article we introduced you to the new collection of Gorreana teas and its countless health benefits.

However, it is important for you to realize that you must see your health in a holistic way, that is, as the result of a series of behaviors and choices that together will certainly make all the difference and allow you to live a healthier and longer life.

This involves having a more active lifestyle, turning away from intoxicating substances such as tobacco and alcohol, and of course, having the most healthy diet possible, which can and should include the consumption of tea because this is one of the best antioxidants and promoters of longevity you will find in mother nature.